Speaking about the extensive body of work, she reveals that the release of her debut album is the best decision of her life. “I thank God Almighty for this journey. It has been beautiful serving God”, she said.

Veeki Royce made her first extended playlist, “The Call” in 2021 of five tracks, and went further to release more songs resulting in her debut album. According to Royce, her music is inspired by the happenings around her and it is a privilege to be a soldier for Christ.

All songs in this project are produced, mixed, and mastered by Tyanx, except track 3 (Oba) and track 11 (Jehova), which are produced by Donsam. 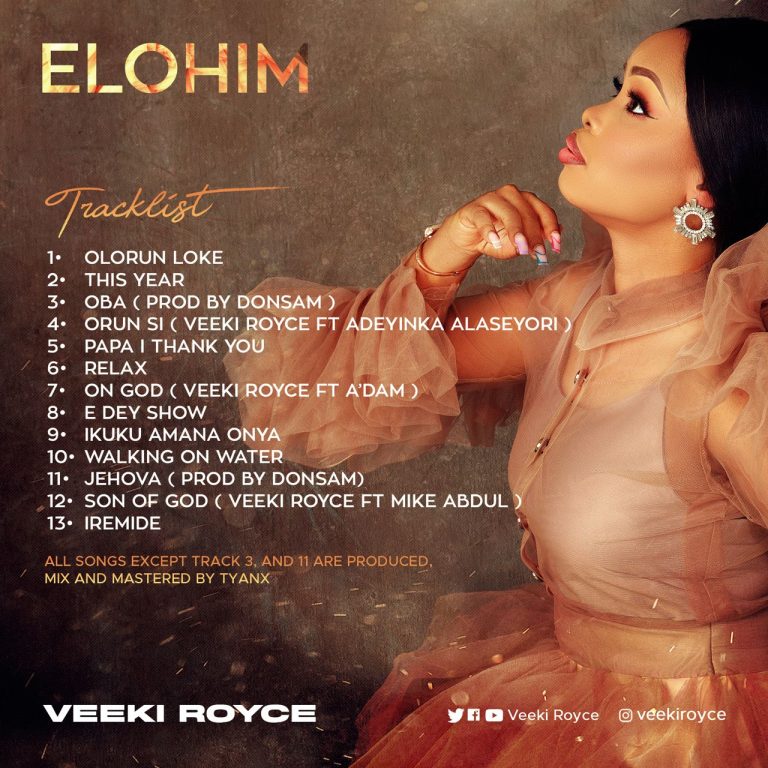