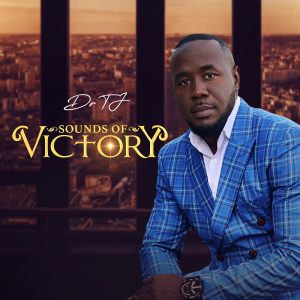 The anticipation for the album grew so much that it had to be exclusively premiered on boomplay and gathered over 15000 streams in just two weeks.

Off the album Dr TJ made his full entrance with the release of Baba, Testimony, Let it Rise, and fans favourite “You found Me”. He released a live visual for You Found Me and in less than two weeks garnered over 100,000 YouTube viees.

Dr TJ though a medical doctor is a gifted songwriter whose writing prowess is fully exhibited in this amazing body of work.

Dr TJ’s rising music profile is not a surprise to many who knew him from early days as his passion and consistency has spanned decades.

The album is anchored on Psalm 118:15, Listen to the glad shouts of victory in the tents of God’s people: “The Lord’s mighty power has done it!

Raise a Shout of Victory!!!

GET SOUND OF VICTORY ON DIGITAL STORES