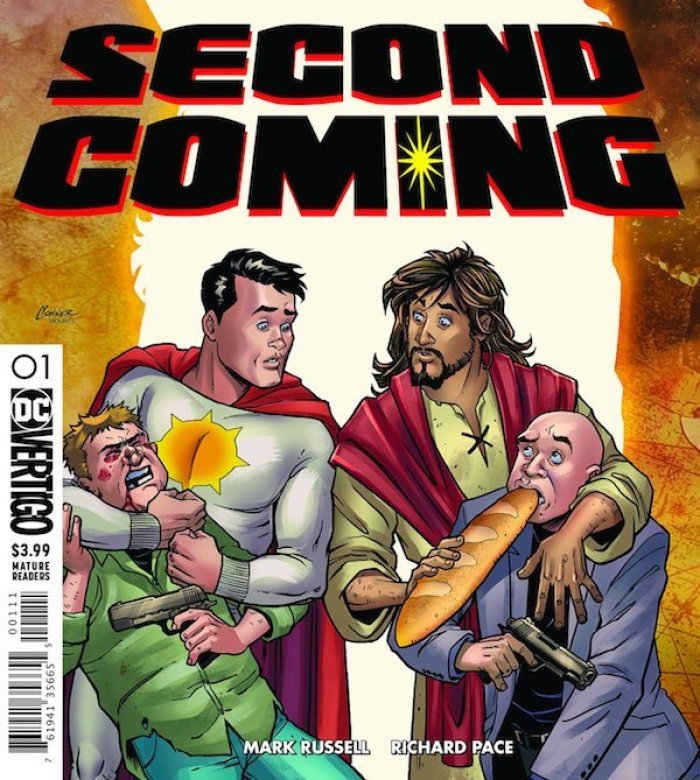 A Christian comic publisher argued that a DC Comics graphic novel depicting Jesus as one of its newest superheroes is a “blasphemous joke.”

DC’s version of the story of Jesus in their upcoming series, “Second Coming,” should be reconsidered, Art Ayris believes.

“We are all for responsible fiction, but dissing the deity of Jesus Christ and his monumental sacrifice for our sins is a tough pill to swallow. I sure hope they (DC) will reconsider this blatant move,” Ayris said in a statement shared with The Christian Post.

Ayris is the publisher of Kingstone Comics, the largest Christian comics publisher worldwide, known for publishing the most graphic comic adaptation ever, about the life of Jesus Christ. The trilogy is called “The Kingstone Bible.” The company’s graphic novels are available in over 30 languages.

DC Comics’ “Second Coming,” written by Mark Russell and illustrated by Richard Pace, is set to debut in March. According to a Comic Book Resources description, Jesus needs to return to earth to learn how to become the “true messiah” from a Superman-like character called Sun-man.

“Witness the return of Jesus Christ, as He is sent on a most holy mission by God to learn what it takes to be the true messiah of mankind by becoming roommates with the world’s favorite savior: the all-powerful superhero Sun-Man, the Last Son of Krispex! But when Christ returns to earth, he’s shocked to discover what has become of his gospel — and now, he aims to set the record straight,” the description reads.

Ayris argued that DC is presently having difficulty relating to a faith audience.

“Bruce Wayne fell away from the faith last year in Batman #53 where he has put aside believing in a deity. The DC comics character Nia Nal is the first transgender superhero and now subject of the CW series ‘Supergirl,’” he explained.

“With the addition of ‘Second Coming’ to the DC line-up we are seeing how far from Hollywood we really are, and I believe — even from the foundation of the original comics mindset.”

At its inception in the ‘30s and ‘40s, the comics industry had its origins steeped in Judeo-Christian morality since many of the early comic writers were Jewish immigrants. According to hollowverse, the late Stan Lee said that he admittedly read the Bible and, though not religious, has cited the Bible as an important influence on his work.

“I haven’t read the ‘Second Coming’ comic but I was thinking about the church I attend when I read part of the description provided by DC Comics … My church recently bought a motel to house homeless families, has a free medical clinic staffed by 50 doctors, provides shelter and rehab for those struggling with dependency issues and gives away ten tons of food a week. The reason we do so is because of the amazing example and life of Jesus and what he told us to do,” Ayris continued.

The publisher admitted that his team invested every penny they had to make The Kingstone Bible and The Christ comic series to protect the sanctity of scripture and the story of Jesus, and now they will be raising money to provide a Christian alternative to the DC series.

“We have begun raising the capital to animate the Bible and the life of Christ. This new move from DC has only put rocket fuel in my engine,” Ayris maintained.

“I am hoping the leadership at DC will have second thoughts about making a mockery of a man who proved his divinity by rising from the dead.”