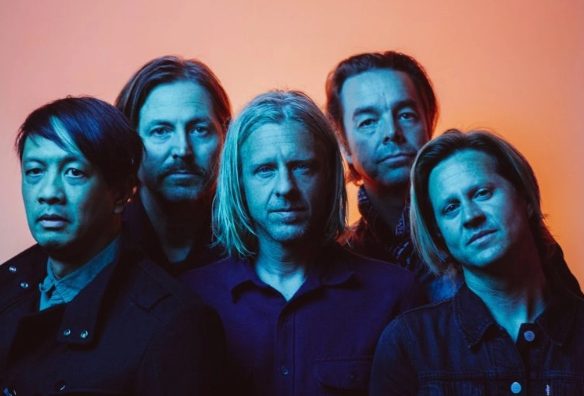 GRAMMY Award-winning rock band Switchfoot releases the official visual for “the bones of us,” which is available now to download or stream. This track is the third song to be pre-released from their upcoming interrobang album, which is expected to drop on August 20.

“When we recorded this song, we were chasing a feeling— we wanted to capture the audio version of what a dream would sound like. For the music video, we had the same aim… We wanted to bring the viewer into the world of a daydream,” Switchfoot shares about their vision behind the project “‘the bones of us’ is a song that attempts to move from the death of the past into a brighter future… With this video, we invite you into our daydream. To reflect on the beauty and pain of the past, and the hope of a brighter tomorrow.”

The band defines interrobang as “a question mark, an exclamation mark, together.” The 12-track project harks back to Switchfoot’s classic rock motifs while underscoring a definitive departure from the band’s typical fanbase. With production assist from the legendary Tony Berg (Paul McCartney, Phoebe Bridgers, Kimbra), interrobang promises Switchfoot fans old and new a fresh, never-before-seen take on the modern rock mainstays.

“interrobang is the culmination of the past 20 years. The most musically ambitious and challenging album we’ve ever made, during the most challenging year we’ve ever lived through, interrobang could not have been made at any other point in our career,” Switchfoot shared in the album announcement. “We’ve talked a fair bit about the ‘how, where, and who’ of this album (tracking live as a band at the legendary Sound City, with Tony Berg producing). But we haven’t talked much about ‘why’ we made this album. Our goal for this album was to make a record that only WE could make. An album so uniquely our own that is unlike anything we’ve ever made before.”