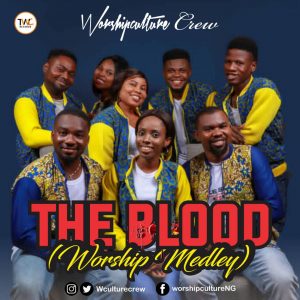 In the spirit of the season, Gospel music group, Worshipculture Crew has released a worship medley with the central theme “The Blood”.

The Medley is a collection of songs ranging from popular hymns and songs which reference the potency of the blood of Jesus Christ shed on the cross for mankind. and the love he had for the human race.

Worshipculture Crew had release a worship medley titled “Deep Worship” recorded at AOW 2018 which is their yearly worship session. The group is made up of talented worship ministers who are passionate about serving God using their singing abilities. They have series of songs released to their credit.