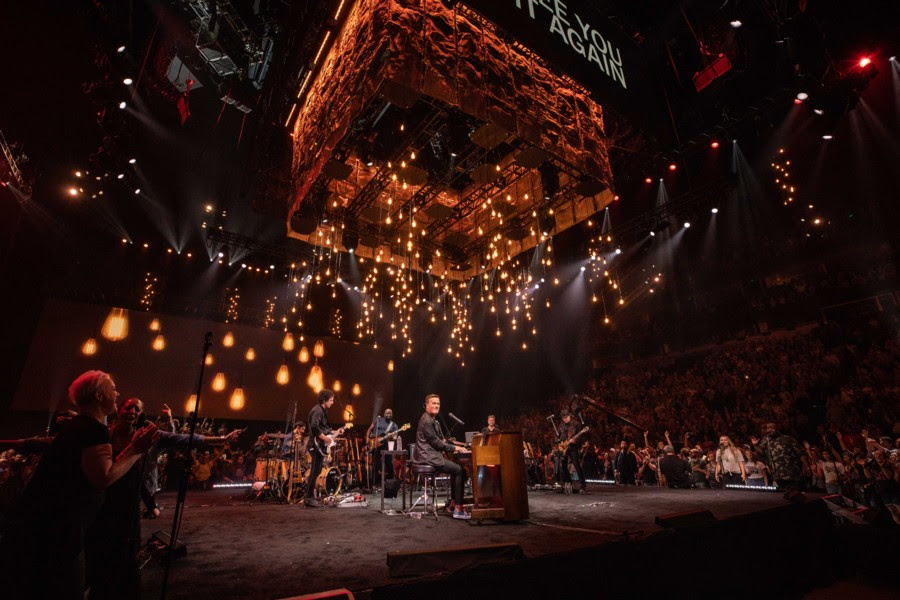 Inspired by his Good Morning America-featured live worship album Surrounded, which is nominated for Best Contemporary Christian Music Album–his eleventh GRAMMY nomination, Michael W. Smith hosted “A Night to Pray, Worship and Be Awakened” at Bridgestone Arena in Nashville, TN last August. The energy, passion and unity of the event was captured as it happened on AWAKEN: The Surrounded Experience releasing Feb. 22 from Rocketown Records and The Fuel Music. The album features the multi-Platinum, three-time GRAMMY Award-winning artist along with special guest CeCe Winans and the voices of 14,000 that attended the evening.

“The night was beautiful. I remember thinking, ‘This is what Heaven will look like.’ A picture of unity, with all colors, ethnicities, denominations and ages joined together in worship,” shares Smith in a Parade exclusive. “I’m still hearing reports of lives changed, commitments deepened and people empowered in a new way. We may each have different stories, skin and songs, but we all share His same Spirit.”

“This live recording captures a gentle and uplifting spirit that blossoms into an anthem of exaltation,” says Parade’s Laura B. Whitmore regarding “Waymaker (feat. Vanessa Campagna & Madelyn Berry),” the first song from AWAKEN releasing today to digital retail and streaming outlets everywhere. “Vanessa Campagna and Madelyn Berry’s vocals soar above a choir of joyful voices and a rocking beat.”

Parade.com, the online destination for the most widely read magazine in America, also suggests people watch the video for the album’s first radio single “Surrounded (Fight My Battles)” to “really get a feel for what the live experience was like.” First recorded by Smith in an intimate setting of 400 people on last year’s acclaimed Surrounded album, the song is energized on AWAKEN in an arena filled with enthusiastic worshippers.

Prior to the “Surrounded” and “Waymaker” premieres, Smith released his version of the GMA Dove Award-winning Song of the Year, “Reckless Love,” from AWAKEN on video as a special gift for fans on Christmas day. The featured video first aired as part of the Trinity Broadcasting Network’s “Surrounded” special that was broadcast into 175 countries to millions of people around the world.