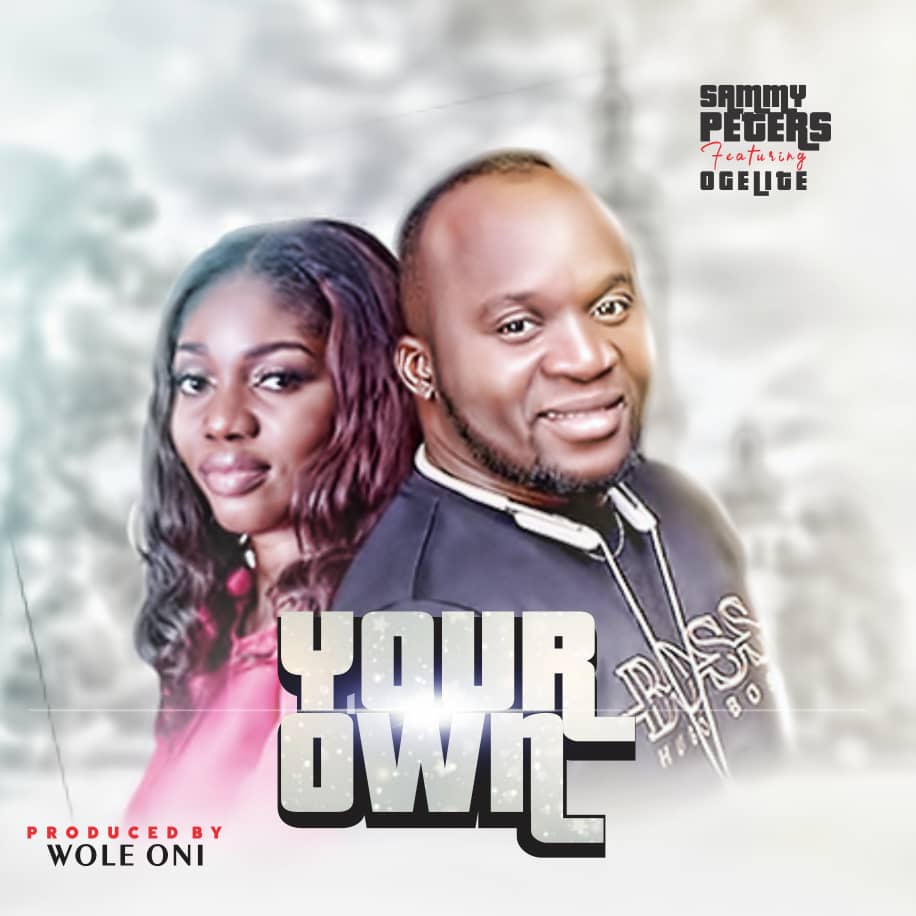 Sammy Peters Ft. Ogelite – Your Own : One of Nigeria’s anointed and powerful gospel act, Sammy Peters, collaborates with the amazing Ogelite in his latest song titled “Your Own”.

The song, “Your Own” which talks about God’s Love and compassion in adopting and accepting us regardless of our fault and sin.

Featuring minstrel Ogelite adds an awesome edge to the song. Her introduction brings a soothing relief which perfectly communicates that God calls us his own.

Sammy Peters says that “It’s the whole essence of the death and resurrection of Christ. To bring us into oneness with The father, to be called “Your Own.”

Your Own is produced by the multiple award-winning producer, Yamaha ambassador and music maestro Wole Oni.