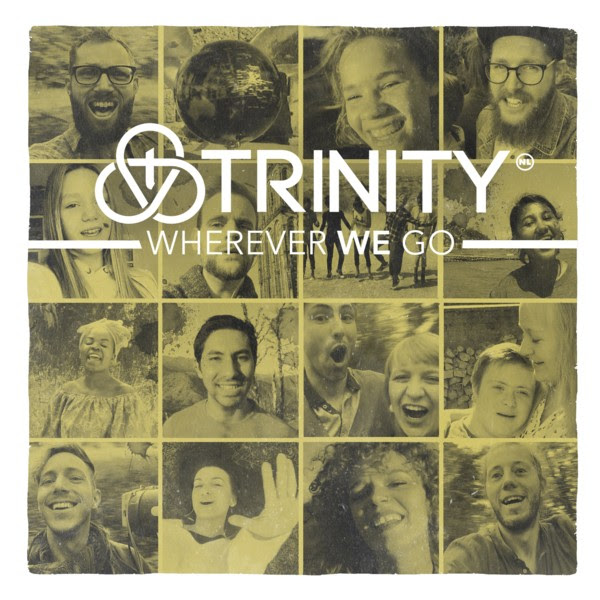 Awards-winning, Netherlands-based, eclectic worship band Trinity announces the release of its second North American single, “Wherever We Go,” Jan. 18 from The Fuel Music. Available Friday at iTunes, Apple Music, Amazon.com, Spotify and more digital retail and streaming outlets everywhere, the single is meant to be an anthem that brings people together.

“With the challenges we face in our times and countries, now more than ever before, we need global solutions,” says Trinity’s Elbert Smelt (lead vocals, flutes, saxophone). “We need to learn to share and be aware that the world is bigger than ourselves. With Trinity, we want to be all about connecting with God and those around us.”

Listen and Download Trinity – Wherever We Go Mp3 Below;

In that spirit, Trinity gathered video from friends and fans around the world singing “Wherever We Go” and have compiled that footage into a compelling video that premieres today from CCM Magazine.

Produced by Grammy-nominated, multiple Dove Award-winning Ian Eskelin and Barry Weeks, “Wherever We Go” is the second single from the band’s album, The In Between, slated to release this spring in North America. The new single follows Trinity’s widely acclaimed “Alive Again” track, which the band played live in radio studios across America last summer for audiences based in New York City to Washington, DC to Los Angeles.

The band’s performance at 94 FM The Fish (Nashville) inspired Randy Maricle, Salem Media Group’s Director of Digital Sales and Strategy, to laud on Facebook, “Somebody remember this…these guys are here to stay…you’re going to love them.” Maricle also calls “Wherever We Go” his “new favorite song.” Mike Alley, 95.1 SHINE FM (Baltimore), agrees that Trinity is the “Next. Big. Thing. Jump in now so you can say you were on the ground floor!” WAY FM‘s Network Program Director, Todd Stach, says following the band’s acoustic performance at WAY FM, “When for KING & COUNTRY came through before they were big, I said to them, ‘This is the best live performance in a radio station I’ve ever seen.’ I think you guys, with your energy, are right there with them.”

Following the U.S. radio tour, Trinity received an invitation to play at the 2019 World Youth Day. This annual event for young people organized by the Catholic Church has drawn as many as six million attendees and will be held this year in Panama City, Panama, Jan. 22-27.

“It is a great honor to us as four Protestant guys to be allowed to perform here,” says Elbert. “We’ve never made it a secret that we are greatly inspired by our Catholic brothers and sisters. They have been a tremendous influence on our faith, and we look forward to being a part of this beautiful event.”

Accustomed to leading in front of large gatherings, Trinity has performed on the main stage of the Netherlands’ Xnoizz Flevo Festival (2010, 2012) and EO-Youth Day event (2013, 2016), and has played at Big Church Day Out festival (UK), the Himmelfarht Festival (Germany), the CREA Festival (Switzerland) and Seaside festival (Norway). The band also shared its music live at events in Russia, Kenia, Cambodia, Gambia, Peru, Senegal, France and Ireland.

“We’re proud to call ourselves craftsmen of heavenly parties and we’re experts at making people’s feet move,” says Niek. “Not with huge beats and technology, but with a unique acoustic approach that will disarm and free any crowd.”