5 Christian films coming to theaters in 2019 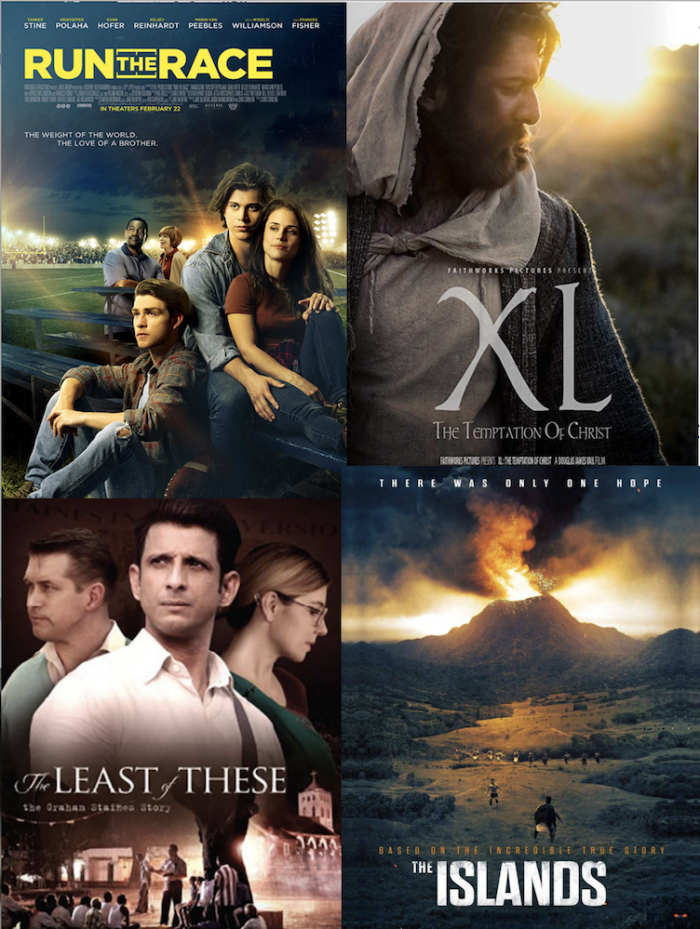 The success of faith-based films in recent years has led to a resurgence of Christian movies being made in Hollywood.

2019 is expected to be another blockbuster year for Christian films. Here’s a list of five faith-based movies coming in the new year.

The first Christian film heading to theaters in the new year is the true story of missionary Graham Staines who was martyred in India in 1999. Initially titled “Staines,” “The Least of These” shares the story leading up to the murders of the Australian Christian missionary and his sons, Philip, 10, and Timothy, 6, who were helping a community of lepers in India.

“I know God called me to the ‘Staines’ movie,” Baldwin told The Christian Post in an interview earlier this year where he described the film as an answer to prayer and “empowered by the Holy Spirit.”

Check Also:   "I was once a conductor working with my Dad who was the driver" - Tim Godfrey

“Thanks to his father’s death when he was a young boy, Peter doesn’t believe in God. Fast-forward a few years, and he’s a struggling actor who just can’t catch a break — until an encounter with the Divine rocks his entire world. A prideful man finds himself carrying the weight of the world until a Divine encounter changes his life and he cannot deny the power of God,” the film’s synopsis reads.

“‘Heavenly Deposit’ is a personal story based on true events. After experiencing a Divine encounter that changed my life forever, I decided to share it with everyone whenever I could. While sitting in a coffee house, getting my car washed, buying groceries … literally anywhere. Always, with the intent of leaving them off better than when I met them. And, every time when I finished the response was the same; usually teary-eyed followed by ‘thank you for sharing your powerful story.’ Well, one day I had told a gentleman who ended up being a minister. This minister strongly urged me to turn this story into a film and share it with the world!” Vincent shared in the film’s Indiegogo campaign page of how the movie came about.

Even though Vincent said it “took forever to write the script,” it’s finally done and gearing up for a February release.

Another film coming to theaters at the beginning of 2019 is “Run the Race,” co-produced by Tim Tebow and his brother, Robby. Following in the footsteps of Christian filmmakers the Kendrick brothers and Erwin brothers, the Tebow brothers are now marking their first feature film with “Run the Race.”

The Tebow brothers lent their famous last name and talents to tell the fictional story of two brothers in high school who face trying times as they seek different paths to find a way out of their troubled lives.

Much like Tim’s story, “Run the Race” aims to show what’s possible when someone “runs to — instead of from — the love of God,” the film’s synopsis says in part.

“Reeling from his mother’s death and his father’s abandonment, Zach, an All-State athlete, finds glory on the football field, working to earn a college scholarship and the brothers’ ticket out of town. When a devastating injury puts Zach — and his dreams — on the sidelines, David laces up his track cleats to salvage their future and points Zach toward hope.”

Directed by Chris Dowling (“Where Hope Grows”) and co-written by Jake McEntire, Dowling and Jason Baumgardner, the film is brought to audiences by Reserve Entertainment and 10th Leper Productions.

Roadside Attractions’ “Run the Race” was filmed in Birmingham, Alabama.

Next on the list is a film that provides a “literal depiction” of the temptations Christ faced against Satan, according to the Gospels of Matthew, Mark and Luke, after he fasted for 40 days and 40 nights following his baptism.

“XL: The Temptation of Christ” was made by Faithworks Pictures, an independent production company that aims to make movies that will impact the culture for Christ.

The role of Jesus is played by Shayan Ardalan.

“This film will serve as a powerful tool to help others come into the faith. The journey in the desert should represent something for all of us. We feel it’s vital for all Christians to understand the significance of Christ and his rejection of sin. Christ did this while fasting in the wilderness for 40 days and 40 nights. Let that sink in. This is a BIG subject,” Faithworks said on the film’s Kickstarter campaign page.

Lastly, “The Islands” is a faith-based historical film that’s also set for a March release date. The picture is based on the true story of Hawaiian Queen Chiefess Kapiolani who came to faith in Jesus Christ over 200 years ago. Her conversion made such an impact that it brought Christianity to all of the Hawaiian Islands.

According to a press release shared with The Christian Post, her conversion and actions that followed were “considered the greatest act of moral courage by any world leader.”

The Tim Chey film was shot entirely in Hawaii and features newcomer Teuria Shanti Napa as Chiefess, along with Academy Award-winning actress Mira Sorvino and actor John Savage, both of whom play Boston missionaries who arrive in Hawaii in 1821. Many of the lead characters in the movie include Native Hawaiians and Polynesians.

See what Popular Nigerian Preacher, Prophetess Rose Kelvin did to her teacher after 28YEARS (Photos)

Corona Virus/5G: Let Us Assume That

INTRESTING!!! The Church will not Go through The Great Tribulation

C S Lewis and the war against coronavirus