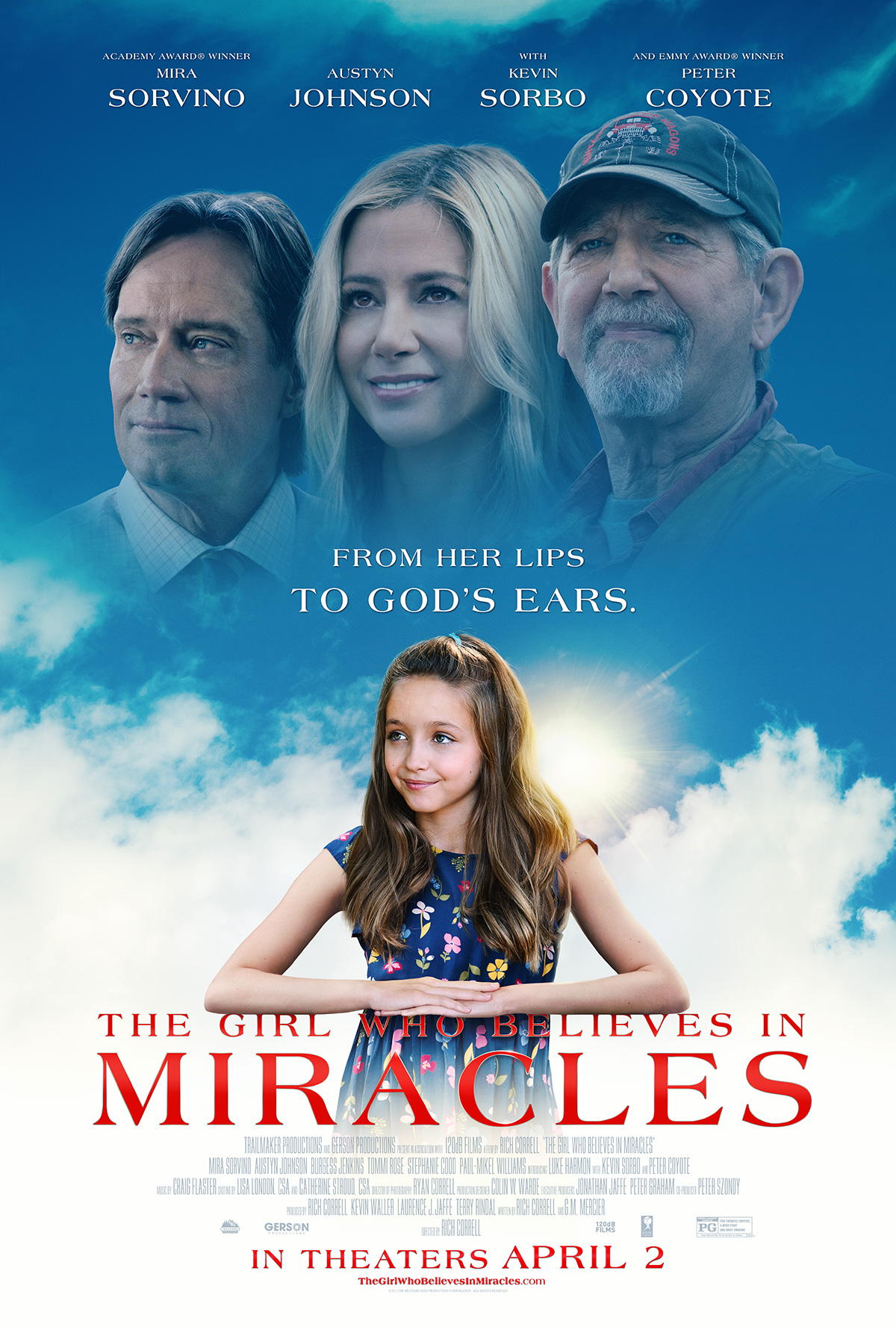 In The Girl Who Believes in Miracles, young Sara Hopkins is, unlike most people, willing to take God at His word. So when she hears a preacher say faith can move mountains, she starts praying! What begins with a mysteriously healed bird leads to people suddenly cured of their misery and misfortune all over town. But the overwhelming crush of notoriety and press attention soon takes its toll on Sara. Will her family be able to save their miracle girl before it’s too late?

The Girl Who Believes in Miracles stars Academy Award winner Mira Sorvino (Mighty Aphrodite, Do You Believe) Austyn Johnson (The Greatest Showman and The Post), Kevin Sorbo (Let There Be Light, God’s Not Dead), and Emmy Award winner Peter Coyote (E.T. the Extra-Terrestrial, A Walk to Remember).

The Girl Who Believes in Miracles is now in theaters!