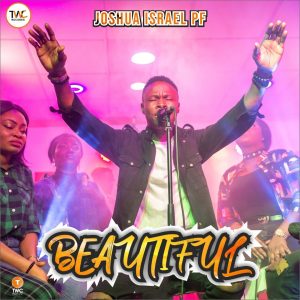 According to the sensational singer and songwriter, “BEAUTIFUL ” is one of the songs birthed from the spirit and it talks about how amazing it is to know that JESUS is mindful of us and loved us even while we were yet in our mess.

The singer, who is signed to TWC Records, has earlier released the first single, “TELL THE WORLD” from the live recording album which is slated to drop on 1st October 2021.

To the glory of God, Joshua Israel PF has released great and inspiring tracks such as “Alade Ogo”, “Yahweh” featuring Clarkson Ikwunze, and other related recordings which can be found on digital stores.

The song was recorded live at TWC SoundandBeats Studio.