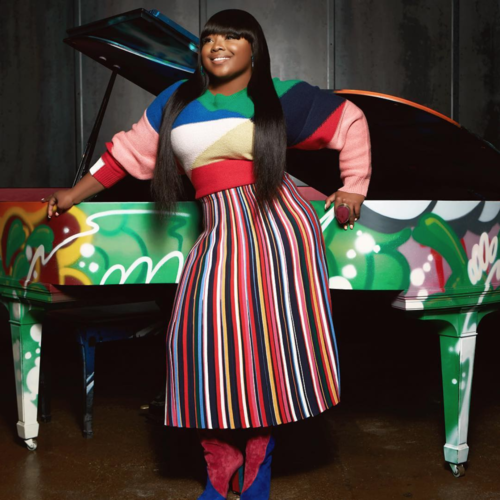 The Stellar Award nominations come on the heels of Carr’s Grammy nods for Gospel Album – One Nation Under God – and Gospel Performance/Song for “You Will Win.”

Hearing the news of the announcement, Jekalyn comments: “What a privilege it was to hear my name announced in the nominations for the Stellar Awards. This is great news to hear upon all the other accomplishments that I have achieved in my youth. I remember the day when I told God all I want to do is give His people hope through my gifts. I had a feeling that God would use me to do and accomplish some great things beginning in my youth, I had no clue that it would be to this capacity! Thank you, God, for trusting me with what you’ve given me for the world. Thank you to my dad, mom and siblings who effortlessly works and supports me daily. Thank you to all of my worldwide supporters who constantly supports my ministry. Thank you to radio, churches, organizations who helps me spread the word God gives me through music to bless His people!”

Allen Carr – who serves as Jekalyn’s manager as well as producer and record company president – echoed Jekalyn’s thoughts saying: “I’m glad to see as a father, manager, and producer how Jekalyn’s life has evolved. It is an honor to see that her dedication to her craft has not gone unnoticed. She has stood and proven herself to be consistent with delivery of great music, vision and the call to which God has placed on her life. She began at the young age of five and now to see that little girl blossomed in to such a great young lady is amazing.”

Jekalyn’s music is available on online.