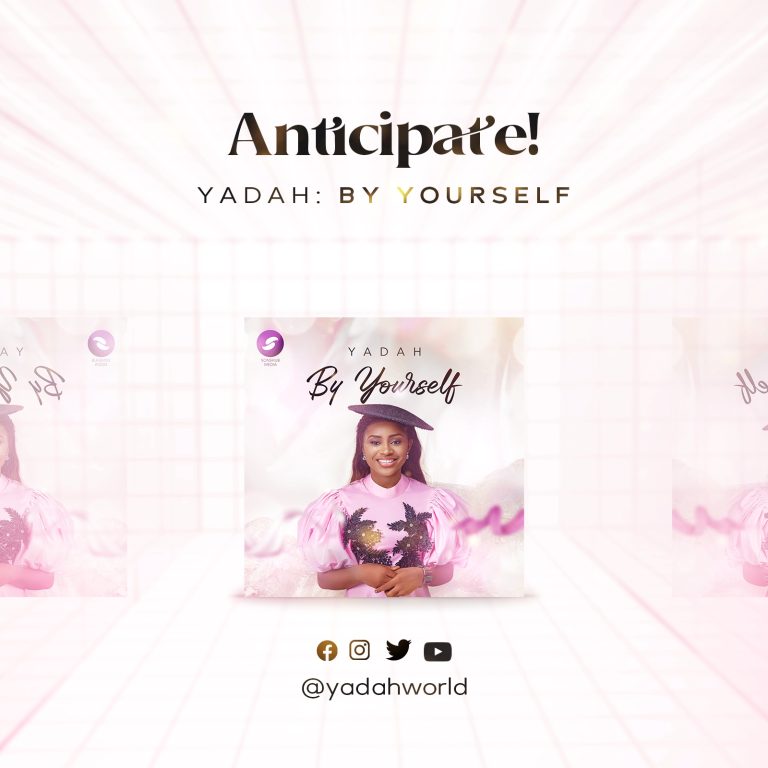 Amazing & popular music minister, singer, songwriter & fashion designer Yadah is preparing for the release of a new single which she titles BY YOURSELF.

This song is coming few months after the release of the remix of the trending and soul lifting song BEYOND ME which featured Mercy Chinwo, Chris Morgan & Prospa Ochimana recorded live at YALIC.

The singer who prides in calling herself the voice of Jesus to nations has consistently churn out Jesus centric songs and this new release coming soon isn’t an exception.

A snippet of the song from her last performance has been making waves across TikTok, Facebook, Instagram and other social media networks.

As usual, she does not fail in writing amazing songs. Get ready for this new song & also be ready to encounter the person of Jesus from this song. The song is billed to be released on the 5th of August & it’ll be accompanied with beautiful visuals.