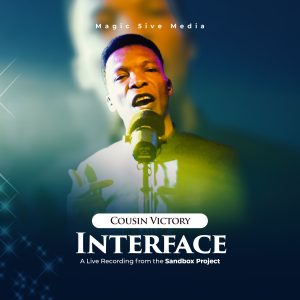 TSBP & Cousin Victory drops “Interface”, one of the live recordings during the Sound Box Project.

Interface is a song written and performed by Pastor Cousin Victory alongside TAWT crew. The song carries with it several powerful messages of our encounter with Christ and how it can transform our lives. Therefore, we must ask that the Spirit of God invades us so we can encounter this transformation.

Recorded at Kano, and Produced by Samaila Saleh (Dr SirMe) with a number of few worshippers in and around the city in attendance, the album is described as a beacon of hope for northern worship. Every piece from the album was inspired by the Holy Spirit in a place of worship. May the testimonies that birthed these sounds and efforts put into this project bring you an atmosphere of miracles and soothing relief as you watch and listen.