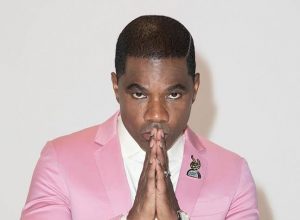 American Gospel music legend Kirk Franklin has apologized after a leaked audio made the internet. In the audio, the Gospel legend could be heard berating his estranged son with profanity.

The not-so-decent family exchange was pushed into public view on Saturday when Kirk Franklin’s estranged son, Kerrion, published audio of the gospel legend berating him in a profanity-laden phone call that ends with Kirk yelling, “I will break your neck. Don’t you ever disrespect me.”

Franklin, who is known for his many hits songs and also, for hosting BET’s reality singing competition “Sunday Best,” posted a video apology over the weekend on his verified Twitter account.

“Many of you know that I have an older son named Kerrion Franklin, in May he’ll be 33,” the 51-year-old musician said. “For many years we have had a toxic relationship with him as a family.”

Kerrion Franklin posted the video of audio of the phone call with his father on Instagram, writing “This is why I’m done. No father should speak to their children like this.”

The elder Franklin was audible enough while hurling expletives and insulting his son before hanging up the call.

Kirk Franklin said in his apology video that he and his family, including his son, have sought counseling “to try to rectify this private family matter.”

“Recently my son and I had an argument that he chose to record,” Franklin began. I felt extremely disrespected in that conversation and I lost my temper and I said words that are not appropriate and I am sincerely sorry to all of you. I sincerely apologize.”

According to Franklin, during that conversation he got their family therapist on the phone to try and help with the situation, though he says his son did not play that part of the conversation.

“I’m not perfect, I’m human and I’m gonna make mistakes and I’m trying to get it right. Please keep me and my family in your prayers,” Kirk Franklin apologizes.