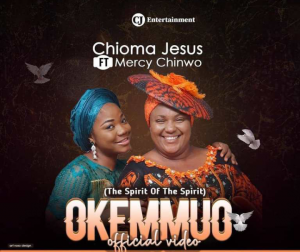 Early this year, pictures were circulated on Instagram about the release of the video of the song.

Early hours of today 25th April 2020, the video directed by the legendary Avalon Okpe was released on YouTube on Chioma Jesus official YouTube channel and it has been positively received as the views keep climbing since its release.

Yet to see the video, watch below and if you need the audio, CLICK HERE TO DOWNLOAD.